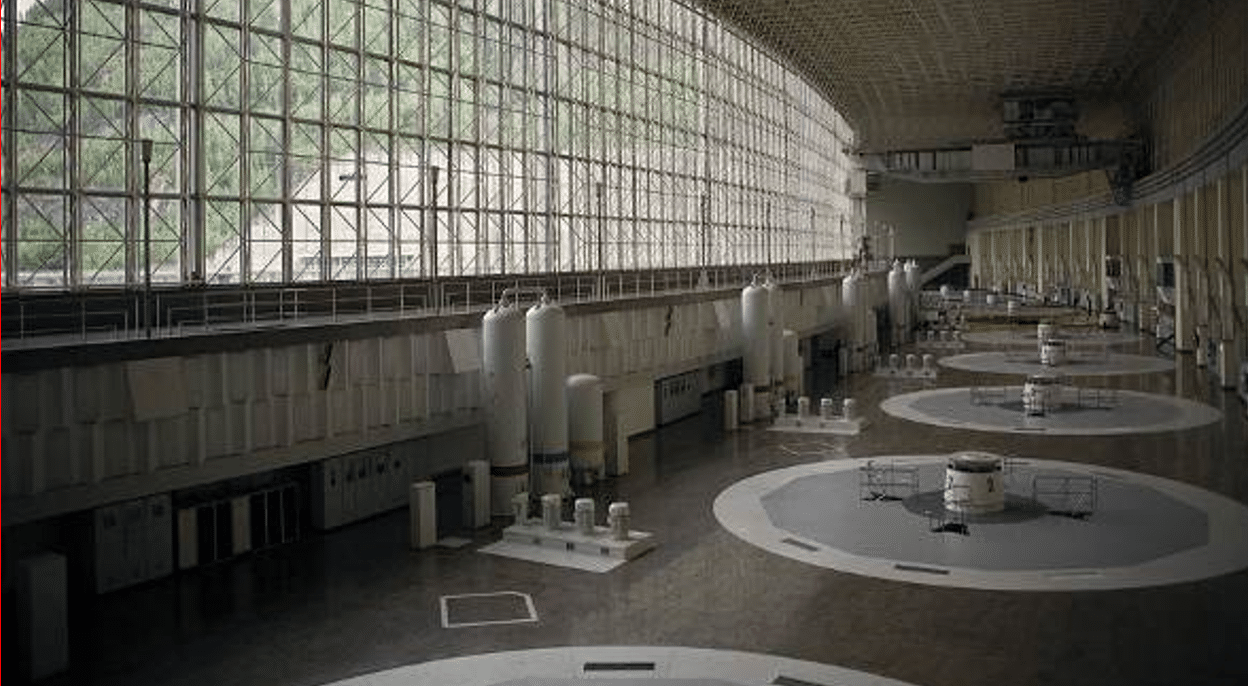 A catastrophic accident happened in August 2009 at Sayanogorsk, Russia, affecting the turbines hall and transformers of the Sayano-Shushenskaya hydroelectric power plant.  The facility had ten Francis turbines of 640 MW each producing 24 TWh/year.

A large quantity of water coming from the Yenisei River knocked down the turbines hall, provoking the explosion of at least one transformer. All the turbines were badly damaged and three of them were totally destroyed. In total, 74 people were killed during this  disastrous incident.

The official report of the accident, issued by Russian competent authorities, was initially published on their website in October 2009, but was then immediately removed.

The report identified the cause of the accident to be a bolt failure in the cover of one turbine, due to vibrations. It was found that at the moment of the accident at least six nuts were missing. A further 49 bolts retrieved after the accident were tested and fatigue cracks were detected on 41 of them.

This indicates a bad selection of bolt material, the use of non-conforming material, or again inadequate maintenance and surveillance programs.

This kind of accident must be a warning, suggesting the introduction of effective surveillance methods for design, construction and maintenance of hydroelectric plants.

With regards to construction, a systematic quality surveillance approach can highlight possible errors that would otherwise remain hidden in the materials and components until their assembly on the plant.

This makes it possible to reduce Cost of Poor Quality, showing potential problems as soon as they appear and allowing for immediate solutions. Discovering non-quality at a late stage of construction of the single components may bring an exponential increase in costs, with delays and dramatic consequences for the customer, It can also increase the cost for the whole project. In some cases, it can cause issues of considerable safety risks.